Survival of the fittest throughout the days of the week

Now i know what you’re thinking. “Oh my God a post about a video game?? What What???(he’s a loser)?????? Well first of all if you haven’t played a good video game then i’m not sure what’s wrong with you but there are some amazing games out there that will force you to grab a tissue box. Such as the one i’m going to talk about right now! 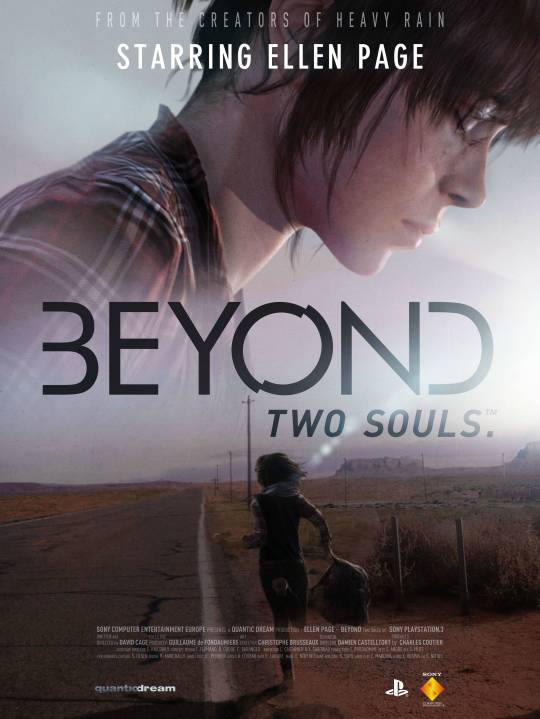 Beyond Two Souls, the PS3 exclusive game is about a young women’s life who is born with this entity attached to her. For those who don’t know, an entity is like a spirit, and this one’s name is Aiden. Aiden has been with Jodie since she was an infant. She doesn’t understand why Aiden is with her or how Aiden even works, but she knows she can’t get rid of him and it makes her life just that much more complicated. Throughout the game you jump from when Jodie was about 7 to when she’s about mid 20’s and you go back and forth throughout the game. Now one amazing part of this game is the fact Ellen page “plays” the main character of this game. This hasn’t been done before, it isn’t normal to see famous actors voicing let alone playing the part of a video game character. In order to do this, she had to wear a full body motion suit, from head to toe, and make every movement and facial expression possible, after that its thousands of lines of voice acting, some (a lot) of computer help, and you’ve just starred in a video game. Like i said this was pretty revolutionary so the fact Ellen even said yes to this was a shock to some, but once it was all done she said in an interview, “i recommend this to anyone who gets lucky enough to be a part in the video game industry.”

But Sebastian, what does this have to do with anything!!!!??? Well now children calm down i’m getting there. In this game you get to make decisions, anything from should i sit in the front seat or back seat to should i kill this person or not. Throughout the game though, these decisions affect how other parts of the game will play out. One example of this is when your playing Jodie when she was about 17, in the game she’s lived in this medical building for about ten years and she’s not allowed to go out much, if at all. In this part she wants to go out to a bar to meet some friends she met online, deciding to sneak out was a bad idea because you find out your by yourself with about 3 men there who don’t have any good intentions. Because of this decision, when you play age 20 Jodie, Aiden protects you from your boyfriend when he tries to get close to you by forcing those scary memories back into your head. Now another part of this is how something bad at the time may save your life later, such as letting someone live or taking their life. Things like this are the reason i find this game so fascinating and something you can play more than once since it’ll be a whole new experience for you each time.   In life you learn decisions aren’t always easy, and sometimes making the wrong ones can hurt you really bad, other times they may end up being the best thing ever, but no matter what you have to be sure with what you do.